Melanoma skin tumours appear from abnormal (mutated) pigment cells (melanocytes) that have become cancer cells. These tumours are generally brown or black in colour because the cells still make melanin, but they can also be skin-coloured, pink or white. These can be recognized as “atypical” moles.

Melanoma has the potential to spread through the dermis to nearby tissues and other parts of the body. The deeper a melanoma grows into the dermis, the higher the risk of spreading through lymph vessels and blood vessels and having relapses over extended periods of time. This is why finding melanoma as early as possible is so important. Most melanomas can be treated by surgery if they are found early before they have spread.

These tumours originate in the pigment-producing melanocytes in the epidermis. The accumulation of unrepaired DNA damage is responsible for the mutations causing the uncontrolled growth of cells especially in those who are genetically predisposed to the disease. 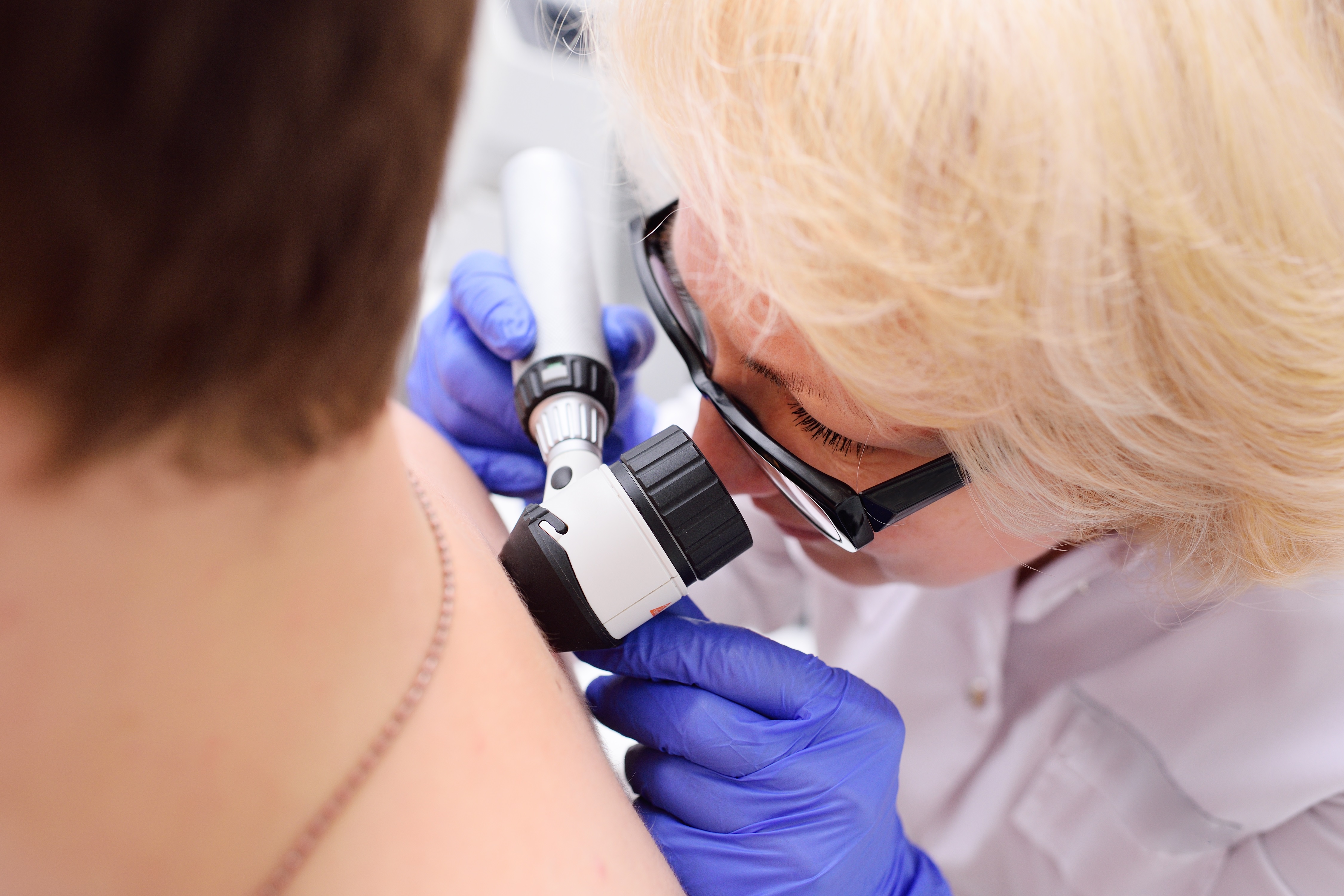 Cutaneous Melanoma (melanoma originating in the skin) grows and spreads generally through a vertical growth phase. This occurs when the melanoma invades deeper into the layers of skin. The deeper the invasion, the more dangerous the melanoma, because of its ability to enter both the bloodstream and lymphatic system, and spread to distant parts of the body. It can also have a radial growth phase in which melanoma grows horizontally across the surface of the skin. The risk of spread from the melanoma at this stage is low.