Toxic agents, radiation and microbes: non-genetic factors that can cause a rare disease 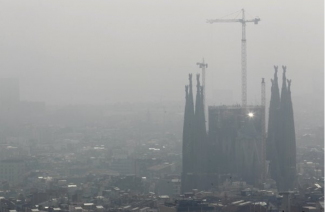 We explore rare conditions that are not originated by random errors in DNA replication or inherited mutations, but by environmental or infectious factors.

Approximately 80% of rare diseases have a genetic origin and are present at birth. However, rare diseases are not always caused by a de novo mutation —occurred spontaneously during reproductive cell formation or embryonic development — or by a mutated gene inherited from the father, the mother, or both. On certain occasions, the embryo or foetus may be exposed to a series of factors that eventually end up causing a malformation or disease. These same factors can also be a cause of disease in children or the adult population. In this article, we will discuss these factors and we will explain what health problems they can cause, both during embryonic development and later in life.

It has been acknowledged that exposure to polluting or toxic substances can negatively influence foetal health. On the one hand, we have air pollutants, such as suspended particles, carbon monoxide, nitrogen oxides, sulphur dioxide, lead, etc. Some studies have confirmed the correlation between the exposure of pregnant women to air pollution and the development of allergies and several respiratory pathologies in children. Scientists have also shown that polycyclic aromatic hydrocarbons (PAHs) are toxic and carcinogenic and have effects on fertility, and so does bisphenol bisphosphate and other endocrine disruptors. A recent study also suggested that early-exposure of pregnant women to certain environmental factors affect the blood pressure in babies. Despite the available evidence, carrying out these type of studies is complicated due to the large number of factors involved, the different kind of pollutants and the need to monitor the effects over long periods of time in changing populations.

On the other hand, we have known for decades that certain substances such as tobacco, alcohol and narcotics, including some medicines, have adverse health effects and these have been thoroughly studied. Smoking affects children’s neural development. Those who live in smoking environments are at greater risk of presenting mental disorders, depression, and attention-deficit/hyperactivity disorder (ADHD) or learning problems, as well as low birth weight. Something similar occurs with alcohol, which is also associated with the appearance of heart disease in the foetus, among other alterations at a cognitive, morphological or physiological level, encompassed within the so-called foetal alcohol syndrome. These substances have a teratogenic potential, that is, they have the ability to cause changes or mutations in the DNA of people exposed to them. This also happens with certain medical drugs. In the 1960s, the regular use of thalidomide for nausea alleviation during pregnancy triggered the development of phocomelia or Robert’s syndrome in thousands of babies. This syndrome is caused by mutations in the ESCO2 gene. People with phocomelia have severe affectations in upper and lower limbs, which can be much shorter than normal or may be attached directly to the trunk. If there are skull malformations the prognosis is much more serious.

Depakine is an antiepileptic drug that contains valproic acid. Exposure to this molecule during pregnancy has shown to cause foetal valproate syndrome, consisting of a broad group of birth defects.

Finally, the use of chemical warfare has led to DNA mutations during embryonic development in the descendants of those exposed during the conflict, generating malformations and other developmental problems. Agent Orange, for example, was a herbicide used by the United States Army to defoliate Vietnamese forests between 1962 and 1971 during the Vietnam War. Millions of Vietnamese were exposed to Agent Orange and still suffer today the consequences of the herbicide's teratogenicity (after three generations babies in Vietnam, Cambodia and Laos are being born with birth defects). Paradoxically, the effects of Agent Orange have been studied much more in depth in American veterans, confirming the harmful effects of this chemical compound on their children’s health.

The dangers of sun exposure

We need the sun to live (remember that ultraviolet light, UV, activates vitamin D production), but we must be very careful with its harmful effects. UV rays cause DNA mutations in our skin cells, accelerate cell aging and trigger cancer. Some skin cancers, such as basal cell carcinoma, are more common, while others, such as melanoma, are less common, especially in children. Melanoma is caused by an uncontrolled growth of melanocytes, the cells that produce melanin, a pigment that gives colour to the skin, hair and eyes. UV rays can induce mutations in the DNA of these cells and cause their uncontrolled growth (a tumour). People affected by some rare diseases, such as xeroderma pigmentosum or congenital melanocytic nevus,are more likely to develop melanoma.

To reduce this risk, we must take precaution when exposing ourselves to the sun: avoid exposure in the central hours of the day (from 12:00 to 4:00 p.m.), protect ourselves with adequate sunscreen (sun protection factor of 50 or higher), and wear a hat or cap and sunglasses. We must also protect ourselves on a cloudy day and extreme precaution if we are in high-altitude areas, as radiation increases.

Some microorganisms may cause low prevalence diseases in both children and adults. Currently, Lyme disease is in the spotlight in Spain, as cases have alarmingly increased in recent years. This disease is caused by a bacterium called Borrelia burgdorferi, which is spread through the bite of infected ticks. This infection affects many body tissues and organs, including the nervous system, and an early detection and treatment is essential to avoid severe damage. The ticks that transmit B. burgdorferi have black legs and are usually found in the presence of cattle, so it is advisable to take precautions when going to the country or grassland areas. They are small and their bite is painless, which is why many people are not aware that they have been bitten and they end up with a delayed diagnosis.

Infections can trigger severe diseases. We know more and more about the relationship between some viruses and cancer development, as in the case of the human papillomavirus, the human herpes virus type 8 or the Epstein-Barr virus. The latter has recently been associated with multiple sclerosis (MS), a neurodegenerative disease in which nerve cells lose their protective coating (myelin), affecting the connections between the brain and the rest of the body. Paediatric multiple sclerosis is very rare. The association between the Epstein-Barr virus and MS was established after studying a population of 10 million US military for 20 years. Scientist found that people infected with Epstein-Barr virus were 32 times as likely to develop MS as uninfected people. However, it is impossible to conclude that this virus is the only cause of MS and experts state that the disease is more likely to be triggered by a combination of factors. Systemic lupus erythematosus, a chronic autoimmune disease, also appears to be associated with Epstein-Barr virus infection in certain cases. As with MS, the activating mechanisms are still unknown, and scientists think that there is a mix of environmental, genetic and epigenetic factors.

In 2015, alarm was spread in Brazil due to a significant increase of newborns affected by microcephaly, a rare malformation that causes babies' heads to be much smaller than expected. After conducting several studies, experts found out that the Zika virus was behind this birth defect and other nervous system disorders shown in babies of women infected during pregnancy. The Zika virus is usually spread by the bite of Aedes mosquitoes, which also transmit yellow fever and chikungunya virus. The underlying mechanism causing microcephaly and other neurological problems associated with Zika was recently found, opening the door to the development of new antiviral drugs.

There is still a long way to go in clarifying the influence of the environmental factors on human health, so we need to advance in this field in order to prevent and treat many rare diseases that affect millions of people around the world.