Gemma Marfany: "Researchers, patients and families must come together to fight rare diseases" 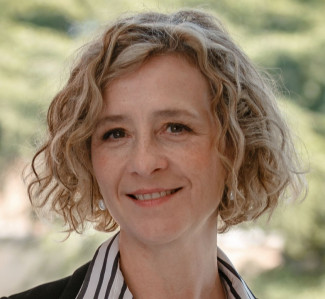 Disease burden of undiagnosed patients from a holistic perspective

See the study
Dr. Gemma Marfany combines research and teaching in the field of genetics. She is well acquainted with the world of rare diseases, especially those that affect the retina, and works to educate families and patients about the genetic origin of the diseases that affect them and the methods of diagnosis and treatment available or under development.

Gemma Marfany is a professor in the Department of Genetics at the University of Barcelona (UB) and head of Unit U718 at CIBERER, the Spanish biomedical research centre for rare diseases. She is also a member of the IBUB-IRSJD and founder of a biotech company called DBGen Ocular Genomics. In its initial stages, the spin-off diagnosed patients with hereditary retinal diseases who had not found the gene causing their disease through the classical methods. “It was a very complicated job", recalls the researcher, “it required a lot of effort and enthusiasm". Eventually, the generalization of massive sequencing techniques accelerated the genetic diagnosis of this type of pathology. “We realized that it was no longer so much of a basic research work, almost artisanal, but that it needed a more professional approach. So we decided to apply the great knowledge we gained over so many years to improve and increase the diagnostic performance".

Being a geneticist is completely vocational for Gemma: "Genetics is my educational background but also my passion," she explains. "I have studied the genetic bases of inherited retinal dystrophies for more than 20 years, which are rare diseases that affect vision".

Despite being Mendelian diseases, that is, they are passed from parents to the offspring following Mendel's laws of inheritance, there are more than 300 different genes that can cause them, so Gemma's research group has decided to focus on two main lines: the identification of new genes and causative mutations (each family is different) and the generation of cell and animal models to study the function of these genes.

One of the milestones of Gemma's group has been to identify of a new gene that had not been annotated before by scientists, the CERKL gene. "This gene is responsible for 5% of the cases of retinitis pigmentosa and cone-rod dystrophy in the Spanish population", clarifies Gemma. In the field of basic research, they have put a lot of effort to generating mouse models using novel techniques such as CRISPR to study genes such as CERKL and NR2E3, in order to understand why the photoreceptors in the retina die and how we can avoid it.

The difficulties of delivering a diagnosis

“I can’t say enough about how the genetic diagnosis of rare diseases should be included in universal health services. It is important for the patient and the family to give a name to the disease, to know the gene and the mutation that causes it"

As Gemma points out, it is not just a matter of  curiosity. Knowing the exact mutation offers the clinician the possibility of a better prognosis and patient management. “But this is not only beneficial to the family. It also helps clinicians to offer genetic counseling and prenatal diagnosis. Moreover, the patient will be able to receive potential new therapies that are being developed. Most of them depend on the gene and the mutation, and this is what we commonly know as personalized medicine".

Genetic testing: a whole new world yet to discover

The great diversity and complexity of genetic diagnostic tests can be overwhelming for patients and families. Gemma provides us with a brief and clarifying summary. “The optimal test is the one that offers the maximum efficiency to identify the gene and the mutation that causes the disease. For some metabolic diseases, for example, it is more efficient to first perform a biochemical test on blood or urine, which detects enzymatic activities more easily and more quickly. Later you can perform a genetic test to find the mutation. This is done, for example, in newborn screenings through the heel prick test".

In better-known diseases such as hemophilia, obtaining the diagnosis is much easier and the specific genes that cause the disease can be sequenced — in this case, coagulation factors VIII and IX. "On the other hand, for many rare diseases without a clear genetic diagnosis, we must perform a search using massive sequencing techniques, either by analyzing the exome or of the entire genome", explains Gemma.

In fact, we have been hearing a lot about the exome as a genetic test recently. But, what does it really consist of? “The exome is the set of genetic sequences in our genome coding for proteins. When we talk about exome sequencing, it means that we analyze all the genes that code for a protein in our genome (around 30,000 genes)", explains Gemma. “In the clinical exome test, we only sequence those genes that we already know that are clinically relevant and that have already been described as causing disease (around 6,000 genes)".

Gemma's research activity is frantic, like that of practically everybody who does science — in Spain or any other country, but she always saves some time for one of her passions: science communication.

“I think it is very important to disseminate science. There are people who are specialized and are good communicators, but I think that we as scientists should also get involved. It is part of our return to society"

And she adds: "We must not only explain what we do, but also the context. The passion for science is transmitted. We should read a little bit about science every day, as we do about economic or political news".

Patients and researchers: union is strength

In Share4Rare we share with Dr. Marfany her vision of patient-centered research. “It is essential that we contact patients and share their concerns. Traditionally, rare diseases have not received a lot of funding, but they are now becoming more widely known thanks to the tireless work of patients’ organizations. Researchers, patients and families must come together to face common goals and seek funding for basic research that will allow the development of new therapeutic applications. Families encourage us when there is no money or we face difficulties. They give us a reason to continue. I have never found an audience more interested, motivated, and better able to discern what is really important".