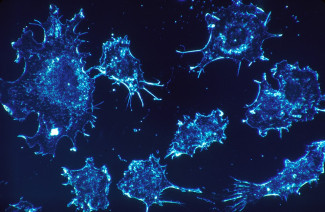 See the study
Recently, Nature Immunology published an interesting study on the role of the immune system in cancer prevention

A recent paper published in Nature Immunology has raised a lot of enthusiasm amongst scientists and patients. Its remarkable finding was a cancer receptor that enabled a new group of T cells to recognize and kill most human cancer types while not harming normal healthy cells.

What is exciting about this research?

The discovery of a shared marker between all cancer cell types that could trigger a response of the immune system was considered for a long time almost impossible. One of the remarkable findings of this paper is that a special group of immune cells has recognized and killed most human cancer types (in a Petri dish). In detail, researchers have purified a new group of T cells from the blood of healthy people that are able to kill cell lines of lung, melanoma, leukemia, colon, breast, prostate, bone and ovarian cancer. Initially, it was thought these new T cells were a group that recognizes and fights bacterial and viral infections.

Are you affected by a rare cancer?

Surprisingly, the new group of T cells was able to kill a wide range of different cancer cells but not microbes and viruses, something that was never seen before. The second important thing was that the newly-discovered T cells did not harm any healthy tissue such as muscle, lung and liver, skin, intestine, pancreas or kidney cells even if these were stressed or damaged.

How do these new T cells kill cancers?

Via CRISPR — a new technique of gene editing — researchers have shown that MR1 — a MHC/HLA class I like protein — is the cancer target of these newly-discovered T cells. When MR1 was removed, T cells were no longer able to recognize and kill melanoma cells. When MR1 was then added back, T cells regained the ability to kill these cells. This proves that MR1 is important for this process. However, the new T cell group actually does not directly recognize MR1 — but rather associated products of the tumour metabolism. The first experiments were done in cell lines, a very powerful but somewhat artificial system as cells are grown out of the body in a plastic dish. Then, the researcher tested the new T cells in mice with leukemia: impressively, in the mice receiving the new T cells, the disease burden was much lower, 3.8% leukemia cells in the bone marrow compared with 83% for the mice that were not treated. This shows that these T cells do not only work in cells in a dish but also in animals, much closer to us humans. 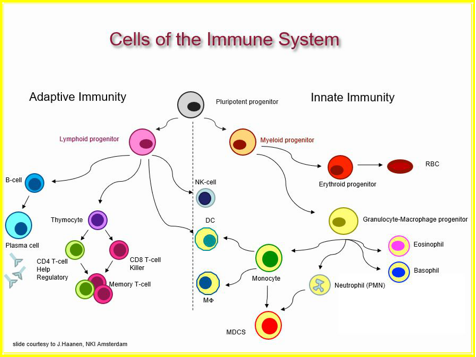 To sum up: why is this an important study?

This paper has found a receptor called MR1 that is apparently shared between all cancer cells. This could become the unique ''cancer marker’’ and the target of a “universal” cancer therapy. Different cancers were recognized and killed via this target by a special group of T cells never described before. The study has raised several questions on how these newly discovered T cells work. Challenges went over the structure of T cell receptors, how they detected the MR1 associated cancer metabolites or what kind of metabolites are those that have actually triggered the unprecedented immune response? So, there remain questions to answer before entering clinical trials but overall, an exciting new finding in the cancer field!