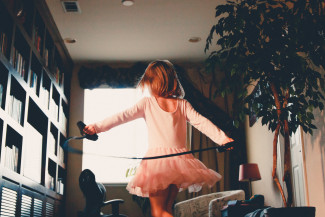 See the study
The European Neuromuscular Centre organizes a series of workshops for experts in the field of neuromuscular conditions. The 229th edition was dedicated to Limb Girdle Muscular Dystrophies and it was decided to apply a whole new nomenclature to classify these pathologies.

The 229th ENMC international workshop, entitled ‘Limb Girdle Muscular Dystrophies – Nomenclature and reformed Classification’ took place from the 17th to the 19th of March 2017 in Naarden (The Netherlands). The meeting brought together a multidisciplinary group to reassess the nomenclature of Limb Girdle Muscular Dystrophies (LGMD). Twenty people from nine countries attended the workshop. Attendees included clinicians, experts in disease classification systems, patients with LGMD and representatives from patient organisations.

Are you affected by limb girdle muscular dystrophy?

The workshop was focused on defining the common features of LGMDs. There was agreement that changing the names of some of the conditions was appropriate, as long as patients were clear on the need to do so. There was also agreement to continue to use the term LGMD but there must be a clear definition of what a LGMD is.

Patients and patient organisations gave their opinions on the new definition and classification. The consensus was that the new classification added clarity to the field of LGMD.

The workshop achieved the following deliverables:

A full lay summary of the workshop is available on the ENMC website here.

The lay summary also links to the full report published in Neuromuscular Disorders.