A disease with no name: Edu’s story 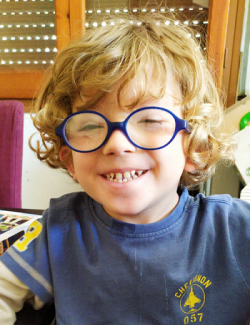 Disease burden of undiagnosed patients from a holistic perspective

See the study
An unnamed disease generates more restlessness than a rare disease: you do not know how the symptoms will evolve or if new ones will emerge and you cannot rely on other people living with the same disease. This is what Sandra is facing every day. She is a mother of a 5 year-old child who still has no diagnosis.

Sandra is Edu's mom, a 5-year-old boy who suffers from a rare disease. When Edu was born he could not open his eyelids, but doctors did not find that a reason for not discharging him from hospital. After a week, his mom took him to the medical center for follow-up with the pediatrician and he was immediately sent to the hospital. There, consultants observed that Edu suffered from jaundice and had a very low weight. They ran several tests on him, including various ultrasounds and found out that he had cysts in his head and that his aortic root was wider than normal. Edu still was not able to open his eyelids. That is when he was admitted to the hospital for the first time.

At the present day, Edu presents a series of symptoms that apparently are not related to each other and the syndrome or illness he is affected by still has no name. “The most visible symptom is that he can't open his eyelids. He also had surgery once because he had a right- sided Morgagni diaphragmatic hernia, an uncommon rare anomaly. In addition, he has 2 cysts in the brain, although they do not touch each other, they are in stand-by mode. The aorta thing is not being treated as doctors think is it a secondary issue”, states Sandra. Edu had also his tonsils removed, he has reflux, his incisors are misaligned, as well as his toes — his middle toe looks like a hook and the others are misaligned and he must wear insoles —, he has psychomotor and intellectual disability and hypotonia.

Join our community and find people like you to advance research.

Despite the efforts made by his parents and doctors to diagnose him, Edu has not been lucky. After an array, a karyotype and a partial exome — in which a mutation in the dynamin 2 gene was detected but discarded as a cause of disease because his father also had it and was completely healthy —, next January they will run the complete exome test on the whole family, which they hope will bring some light on this rare pathology.

It is hard for Sandra to face an unnamed disease. “Countless feelings come across: doubt, uncertainty, despair, anger, pain and desire to cry. Edu has already had 3 eyelid operations and just today they have confirmed that he needs another surgery. He does not have eyelid muscles and this is something that has no cure. You feel you have done something wrong and also a constant anguish for what you will find out on the next medical appointment”.

“It is important for us to know what we are facing, what quality of life will Edu have, how will his future be, the path we will have to follow. Not knowing, not having a name for the disease is the worst thing that can happen to you, because you don't know what to expect. We don't know if this is just the prelude to a much more serious illness”. It is also important for Sandra to know whether both Edu and her other daughter can pass on the disease to their offspring. “These are things you ask yourself. Giving a name to the disease can answer many questions and it can also help other families, other children affected by the same disease as Edu. We don't know if there are other cases out there”.

Day to day routines with Edu are complex. There is always an appointment with the doctor or therapist — Edu is treated by 8 or 9 different specialists at the Sant Joan de Déu Hospital in Barcelona: ophthalmologists, endocrinologists, geneticists, traumatologists, neurosurgeons, neurologists... —, but when he is free he goes to school like any other child. In the afternoons he has extracurriculars: swimming pool, mugendo — a kind of self-defense technique — and during the weekends he attends emotional therapy with horses. His illness causes him certain inconveniences he has to deal with almost daily: reflux can make him vomit and he must sometimes use a nebulizer and be treated with serum to get rid of the excess of mucus. In the evenings, before dinner, he should take a gastric protector to avoid vomiting. Sandra finds it quite sad that Edu cannot live a normal life for a child his age due to all the visits to the doctor and surgeries. 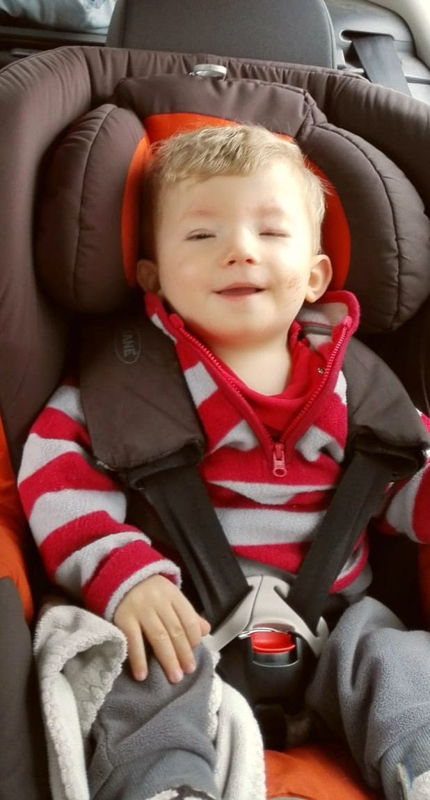 For the family Edu's disease was a serious setback. “My daughter Iratxe was the one having the hardest time — and still is. You are 3 years old, your brother is born and your mother is always in the hospital with him and you hardly see her. And the few moments you see her, you see her tired, overwhelmed, looking for therapies for your little brother, taking care of him ... It is not easy for her”. Sandra's husband died when Edu was a year and a half old in a car accident and for Iratxe it was a real shock too. She struggles with it every day.

Despite all the heartaches, Sandra makes it clear that her son has brought her lots of good things. “Children have an extraordinary energy and strength. As a result of studying and advocating for Edu's disease I have met great people in the rare disease world and made really good friends. I also value little things much more than I did before having Edu: I try to live every day enjoying as much as I can”. 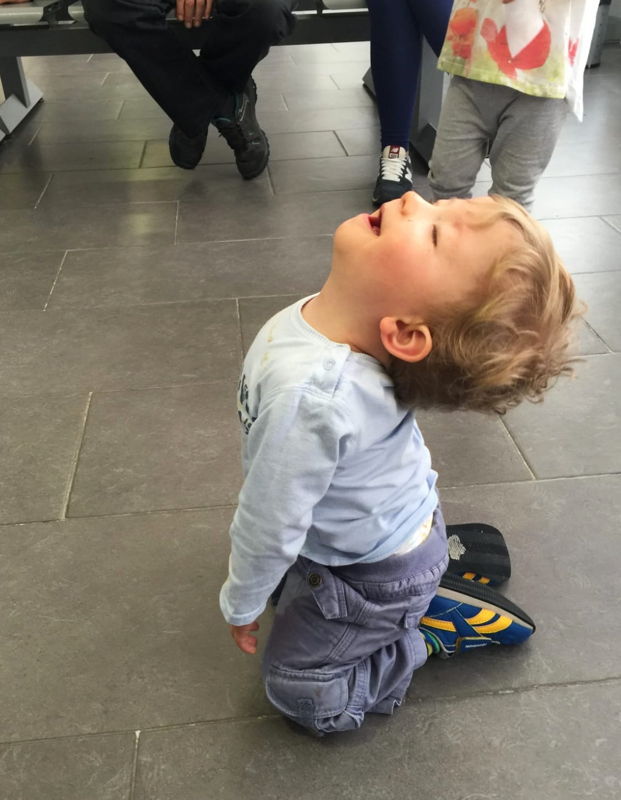 Sandra is very active in the associative field. In fact, she is the president of the Spanish association of undiagnosed patients, Objectivo Diagnóstico. These organization aims at placing pressure on, among other things, public health diagnostic tests that are currently not contemplated. “Some members of the association are 46 or 48 years old and are still undiagnosed. This is preposterous”.

Sandra finds social media a great tool. She employs the Facebook and Instagram accounts of the association to create synergies with other associations through the Internet. Sandra is registered on the Share4Rare platform as her child’s caregiver, as she considers that it is a greatly effective means that can help families to find people with the same disease as their children, or at least the same symptoms in the case of undiagnosed people.

"This network gives you the opportunity to find people or groups of people with the same disease or symptoms to then be able to fight and have enough strength to boost research for that disease or set of symptoms. This project is very important for the people of our association and for all those people who are like Edu, those who still do not have a diagnosis. I feel very hopeful and grateful for this project”.