Did we need to reinvent the wheel? Why Share4Rare adopted a layered approach to user interaction 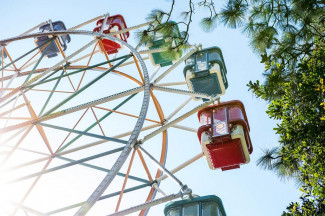 Creating a brand new platform is not easy. You fall and get up again many times. This is how we came up with our layered approach to user interaction in Share4Rare.

It was one year ago, in the summer of 2018, when I attended my first meeting of the Consortium of the Share4Rare project. The project had been going on for a while and the foundations were laid, but there were still plenty of things to be discussed. As a developer, being a part of it was quite a blast. The multiplicity of voices working shoulder to shoulder to make a much-needed impact on the rare disease community was inspiring.

However, as the proposal stood back then, we all felt that it was lacking something. Punch. An edge. Something that made it special. It was, all in all, very similar to a standard forum community: useful in the best of cases, but not really exciting.

We had a mission; we had the people to carry it out; and we had the skills to land it efficiently… but we had overlooked some point, somewhere along the process. What could we give the community that no one else could?

Somehow, we were picturing this community to ourselves as a funnel. Why a funnel? Because we wanted users to end up participating in research, the innermost, most restrictive point of the platform, the one that gives it its core value. Only a few users would eventually end up there, but we were working mainly for them.

The inevitability of the funnel metaphor entails a loss of freedom for the user. Their decisions are rendered incidental because they are either being led down the funnel or gently set apart. It reveals that we were not giving enough importance and enough thought to the community.

Our Karma got us

In September, we had another meeting. At first, it was a bit disheartening: we were stuck, toying with variations on the forum format. We stopped to take a rest, had our lunch together and then… one of the biggest turning points in the building of Share4Rare happened.

We realized that what we could do that no one else was doing was allowing users to choose which pieces of data they want to share and to what extent. Then, we could use the data to draw a virtual landscape of the platform that pinpointed which users were closer to each other. Finally, we could in turn use that information to serve quality personalized content to each user: the questions that might interest them the most, the users with whom they might get along better.

Well, the process was not as sudden as a moment of inspiration. It took a few hours and close to a gallon of coffee, but that summarizes it.

Of course, we still want users to participate in the community and, above all, in research. But it has to be meaningful and attractive for them too. So what we have to do is provide them with the tools that ensure that the more they share, the more they get.

We had traded our old funnel for a wheel (of digital Karma).

How do users relate to each other?

As we have already mentioned on other occasions, part of the philosophy of Share4Rare is handing down permission management to each user. According to personal preferences, they can pick and choose from several tools in progressive layers of commitment.

Most users will want to use the Questions & Answers tool. This is the backbone of the community, a space to share doubts and knowledge. It is also quite impersonal: anybody can ask and answer, but only if they validate their profiles.

Many users will want to maximize their experience by providing extra profile information, so our recommendations about which questions are more relevant to them are firmly grounded. This is how they take advantage of our expertise in Artificial Intelligence and Data Science and of the knowledge of their peers in the topics that worry them.

Those users will also be plotted with greater accuracy in the People Like Me graph that will show them who is more similar to themselves in the community. Finding people in similar situations can be both useful and comforting.

But that is not the only way to find people close to them. They can choose to allow patient associations related to their disease to contact them. In this world, teaming up and networking can make all the difference.

Peer to peer communication is also possible. We are sure that a lot of users will be making a lot out of the private messaging tool we provide, which keeps users and conversations anonymous.

And, finally, all users can make the single most important contribution to the community and participate in research: take part in studies and answer any questionnaires available for their disease and their profile. In the long run, this will make a lasting difference.