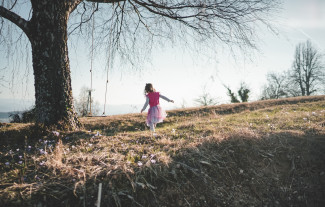 Infantile myofibromatosis is a benign tumor. Actually, it is a more complicated concept but we will try and ease it up for you.

Infantile myofibromatosis (IM) is a rare benign soft tissue tumor, meaning it can grow wherever there is soft tissue – this includes many tissues in our body, the most prevalent areas are the skin and striated muscle. It can also grow in other tissues like bone or visceral organs (intestines, liver, spleen…). As you may know, a tumor is the result of an excessive proliferation of cells. In the case of IM these cells are fibroblasts and myofibroblasts – the only difference between these two is that myofibroblasts have contractile properties, which is coherent as these cells are characteristically found in muscle tissues.

The incidence of this tumor is 1:150,000 and it affects newborns in 90% of cases and up to the age of 2 it is not so frequent. Fortunately, this is usually not a life-threatening condition and it is common to disappear by itself, though it can be very apparent.

The tumor presents itself in 4 different ways:

Quite obviously, as you go down, prognosis of the IM is different and tends to be worse.

Are you affected by infantile myofibromatosis?

Solitary nodules are called myofibromas and are benign tumors that tend to spontaneous regression. The mechanism why these tumors spontaneously involute is still unknown.

Multiple nodules can be limited to the skin (the usual type of tumor), but systemic myofibromatosis has also been described and, as described above, it involves visceral organs. The involvement of visceral mesenchyme has been associated to high morbidity and mortality, obviously, aggravating the prognosis. The signs and symptoms that the patient presents can be very different depending on the localization of the tumor, and that brings complexity to the diagnosis and treatment of IM.

The majority of IM are isolated cases that appear sporadically. Only 2 genes have been described and related to the appearance of IM, but it is important to know that these familiar/inherited cases also exist, so we have to discard them from our differential diagnosis (the group of possible diagnosis for the condition of the patient).

These 2 genes are PDGFRB and NOTCH3. Both of them are involved in the same pathway mechanisms, as NOTCH3 regulates the activity of the PDGFRB protein, very useful for treatment purposes.

Myofibromes can be detected during a simple physical examination, but they are diagnosed as a myofibrome by means of a biopsy - histological examination - or through ultrasound examination. Sometimes myofibromes are very accessible for biopsy when situated on the skin, but when found in visceral tissue an echography can be more useful for a quick and efficient diagnosis.

The differential diagnosis of IM – all the entities which can lead to confusion – is long. It includes hemangiomas, neurofibromas, inflammatory myofibroblastic tumors, desmoid tumors and so on.

The management of the patients depends on the case, each one is individualized. Because of the benignity of IM, if the lesions only involve skin and muscle, no treatment is prescribed and the patient should wait and see how the tumor progresses. Quite often, spontaneous regression is observed. On the other hand, if vital organs are involved or if the symptoms do not let the patient pursue a normal life-style, surgical resection of the tumor is required.

Infantile myofibromatosis is a very rare paediatric cancer. When there is no visceral involvement, prognosis is good, but if there are visceral lesions mortality rate rises, as there are not well-established therapies yet. Share4Rare would like to connect patients dealing with this disease in order to collect medical information and boost research. Join our global community and help us find new treatments for infantile myofibromatosis!