What are inflammatory myofibroblastic tumours? 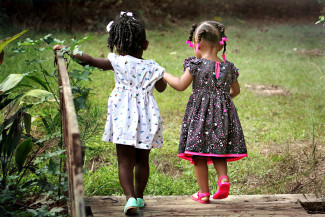 Inflammatory myofibroblastic tumors are very rare and they usually develop in children or young adults, but can affect people of any age.

Inflammatory myofibroblastic tumours are more commonly referred to as IMTs. Their name comes after two different types of cells: “Myo” comes from the greek term “Myos”, which means muscle, and “fibroblast” corresponds to the cell in charge of the maintenance and synthesis of the extracellular matrix of connective tissue. Connective tissue is one of the four different major types of tissue in our body, alongside with soft, nervous and epithelial tissue.

Myofibroblasts are the combination of fibroblasts and muscle cells, and they are found in soft tissue. They hold the structure of organs (soft tissue) such as the lungs, the stomach or the liver and play a very important role at repairing and healing wounds. As its name indicates, IMTs are the tumours that derive from myofibroblasts.

Are you affected by an inflammatory myofibroblastic tumour?

Technically, they can appear wherever myofibroblasts are present; but as every tumour, they tend to appear in certain locations, specially mesentery and mucosal surfaces. Some of these sites include the lungs, stomach or retroperitoneum (always making reference to children). The predominance to appear in the lungs makes them the most common type of lung cancer in children. IMTs are more frequent in children and young adults. A total of 150-200 cases are diagnosed in the USA every year according to the National Cancer Institute.

IMTs are in fact the accumulation of many fibroblasts, but the additional accumulation of immune cells (lymphocytes) around them make them look like an inflammatory disorder in imaging and histologic examinations. This inflammatory process that occurs around the tumour may lead to confusion at the time of diagnosis — they sometimes look like an infection —, this is why it is important to confirm diagnosis with a histologic examination of the biopsy.

According to recent studies, the malignancy of IMTs is controversial, because they do not respond to the standard criteria of malignancy. IMT is most frequently classified as a benign tumour, but several cases have been described to spread to distant tissues, so, should it be classified as a benign tumour? However, as IMTs tend to grow expansively into very large sizes because of their fast cell proliferation and the inflammatory process that takes place inside them, they frequently invade neighboring tissues and cause many problems. In most cases symptoms start when IMTs pressure other structures, specially arteries, veins and nerves. While metastasis may not be frequent in this tumour, recurrence is.

IMT symptoms depend of the site and size of the tumour. They can appear in a broad amount of ways and they are normally diagnosed because of secondary effects detected in other tissues, normally because of space problems. There are no specific signs or symptoms for IMTs. Patients may appear with fever, night sweat or weight loss, but these are general symptoms that can are attributed to many diseases.