What are the causes of neuroendocrine pancreatic tumors (pNETs)? 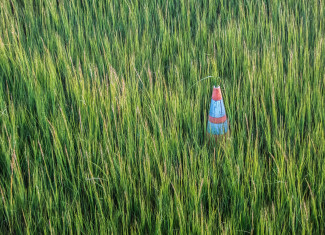 This is a very good question and the honest answer is that we ignore the origin of most of the cases.

As it seems, there are several risk factors that may make a child or adolescent more likely to develop a neuroendocrine pancreatic tumor or pNET. These risk factors are basically the presence of mutations in the DNA of pancreatic cells, which can lead to abnormal cell growth.

Approximately 90% of mutations related to the appearance of pNETs are known to be sporadic, meaning they are not inherited. Sporadic mutations are very complicated to detect and diagnose because they are isolated sequences of DNA that are wrongly copied. Random changes are called acquired mutations, because they are adopted after the child is born. These acquired mutations may appear due to the exposure to cancer-causing chemicals such as tobacco or the combustion of carbon, but the vast majority of them are unknown.  Exposure to these chemicals may occur during pregnancy, infancy or adolescence.

The other 10% of mutations have an inherited component that increases their risk to develop a NET. These mutations are commonly related to other mutations and other health problems, so they are part of a syndrome and they rarely appear as an isolated tumor. Three different syndromes are known to be responsible for many inherited cases of pNETs. These syndromes are:

Are you affected by a neuroendocrine pancreatic tumor?

Functional NETs present symptoms that vary depending on the cell type that is affected. Here are some examples of the signs and symptoms caused by these tumors:

How to treat pNETs

Prognosis for functional pNETs is good. Surgery is the usually the best option, because fortunately functional NETs do not metastasize to other tissues because its cells do not tend to widespread. When surgery is not an option (which may be the case) treatment is symptomatic, meaning that our objective is to minimize the comorbidities caused by the tumor, such as high levels of blood-sugar.

Non-functional pNETs, on the other hand are very difficult to diagnose based on clinical knowledge, because symptoms are very vague.  They are associated to abdominal pain, diarrhea, indigestion, steatorrhea, jaundice, etc, and, due to these unclear signs, patients are usually diagnosed in late stages of the disease. The treatment differs depending on the type of cell responsible for the tumor, metastasis and the patient’s state. Prognosis for these tumors is not very good, but if detected on time, surgery and the correct chemo or radiotherapy can be applied and the patients and the families can feel optimistic.

Neuroendocrine pancreatic tumors can be either easily treated or highly aggressive. There is very little knowledge about their etiology due to the small number of patients that suffer from this oncological disease and the situation is worse when dealing with children. Share4Rare wants to connect patients dealing with this disease in order to collect medical information and boost research. Join our global community and help us find an effective treatment for pNETs!