Omic sciences and their role in drug discovery 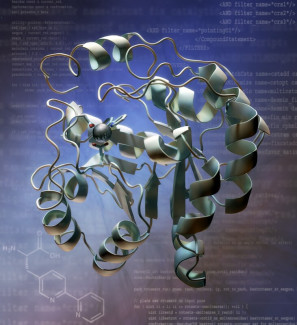 You have probably heard of proteomics, genomics, metabolomics... What do these words mean and why do they share the same suffix? Why is everyone out there talking about omics in biomedicine and drug development? Read all about it on our new blog post.

Omics is an English neologism used in molecular biology as a suffix. This term usually refers to the study of a large set of biological molecules of the same type, usually to obtain information on the physiological state of the cell or organism under study.

Scientific disciplines are becoming more and more precise thanks to the rapid evolution of research techniques and methods, including this global study of genes, proteins, metabolites and other molecules. The development of new software adapted to the analysis of very large data sets has helped this evolution. These are some of the omic-based sciences most related to the rare diseases biomedical research:

All these disciplines of biology are becoming increasingly important in the development of innovative drugs for those diseases with a genetic basis or related to metabolic processes, facilitating the development of stratified or personalized medicine, undoubtedly a glimmer of hope for many patients and families.

Are you affected by a rare disease or are you a caregiver?