The map of diagnosis evolution of rare diseases in Spain 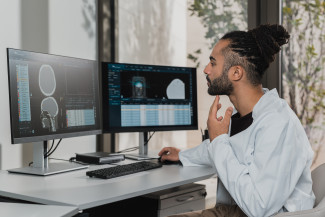 A study that quantifies the diagnostic delay based on the analysis of data from the last 60 years has been published in Orphanet Journal of Rare Diseases.

A few weeks ago, the journal published a work by researchers from the Spanish Institute for Research on Rare Diseases (IIER) of the Carlos III Health Institute (ISCIIII), which presented data on the diagnostic delay in rare diseases between the years 1960 and 2021 in Spain. The aim of the study was to clarify how long it takes to obtain a diagnosis for a rare disease in the country, using a national registry and taking into account the characteristics of these diseases and the patients, while observing the evolution of the diagnosis over time throughout the last six decades. Within the same project in which this work is framed, researchers are currently analysing the factors that determine diagnostic delay and its impact on the lives of those affected, at the social, psychological, educational or work level.

The results of the IIER study show that more than half of the patients, 56.4%, experienced delay in diagnosis exceeding a year. Mean time to diagnosis of a rare disease in Spain, considering the period of time elapsed between the onset of symptoms and the diagnosis, was 6.18 years. The data also confirm that the percentage of patients affected by a delay and the mean time to diagnosis have decreased significantly over the years, especially in the last two decades. It was also ascertained that percentage of diagnostic delay was higher in women than in men, and this trend was also observed in cases with symptom onset at age 30-44 years, and in mental or behavioral disorders, followed by diseases of the nervous system.

For this investigation they used data from 3,304 people included in the ISCIII Register of Rare Disease Patients, and analysed variables like sex, age of the patient, date of symptom onset, time of diagnosis and type of pathology.

You do not have a diagnosis yet?

Join our community and find people like you to advance research.