How to tell your child about his/her rare disease 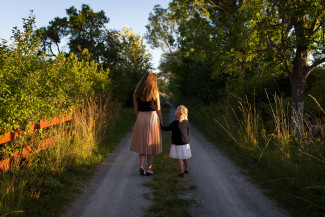 Telling your child that he/she is chronically ill may be too much to take at first, but there are some tips that you can take apply that may smooth the way.

Rare chronic diseases are common enough, affecting 6-10% of the population and have a great negative psychological and physical effect on patients and their families. Men, women but also children may be affected by a chronic disease.

There is an important difference among adults and children on how they can cope with a rare disease. Children often adapt better, having what we call psychological resilience, which is the dynamic process of positive adaptation despite stressful life events or high risk factors.

Also, a different approach is needed to inform a child about his/her rare disease, if we take under consideration the fact that children often do not communicate the same way adults do. On the contrary, they use other ways to engage with the world, which do not always include verbal communication. Therefore, we can use their own ways to explain a rare disease, such as drawings, songs, movies, roll-playing, play therapy or drama therapy. It is easier to explain a serious and complicate matter in a more simple way.

Through play and amusement we can talk to children using their own ways of communication, and inform them about what his/her disease entails. There is no need to give exhaustive details about the medical side of the disease, because during childhood there is no point in knowing this kind of information. The important issue is to answer the questions of the child, when we are asked, but not before. We are now aware that when a child wants to learn about something, he/she asks for it. We must respect their own times regarding these questions, which will come up sooner or later.

However, when the time comes, we need to be prepared. A good idea is to prepare in advance a short speech explaining the main features of the disease, but in a simple and comprehensible way. For example, which systems of the body are affected by the disease? What does the child need to do in certain situations? What can he/she do to facilitate the situation? We can assure them that they will always have help for as long as it takes. It is important to make children feel safe in this situation for them to cope better and reduce fear and shame that may appear. After a small but clear conversation, we can help children alleviate stress by using fun methods, so they can communicate their feelings, thoughts and anxieties more easily. A key point attitude is to constantly enable them to express their feelings and thoughts about the disease, the symptoms, stress, low self-esteem and fear.