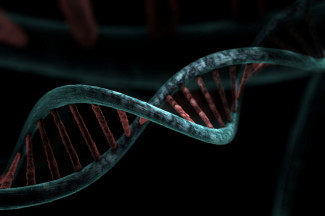 See the study
A study led by the Sant Joan de Déu Research Institute and the Photonic Sciences Institute reveals previously unseen cell alterations and demonstrates that gene therapy could reverse the effects of the disease in cell cultures.

Within neuromuscular diseases, there is a broad group of low prevalence disorders known as congenital muscular dystrophies, which shown both clinical and genetic diversity. Symptoms usually appear at birth or start at a very young age, being hypotonia or low muscle tone very common.

Some of these diseases are caused by deficit in collagen VI, a protein with an essential role on muscle formation and functioning, but which is also found in tendons, cartilage, brain tissue and blood vessels. There is currently no cure for these dystrophies.

Recently, two research centres from Barcelona, the Sant Joan de Déu Research Institute (IRSJD) and the Institute of Photonic Sciences (ICFO), have tried to restore the COL6A1 mutation in cells from patients with congenital muscular dystrophy using CRISPR/Cas9 gene editing. Subsequently, researchers examined these cells using super-resolution microscopy (ICFO) and X-ray microscopy with synchrotron radiation at the ALBA Synchrotron. Thanks to the use of these technologies, they were able to observe the three-dimensional structure of the cells (as there was no need to cut them for their observation) in a very high resolution. This led to a better visualization of the alterations that the disease produces in its organelles, that is, those structures or subunits that are part of the cell and that have specific functions. The cells of the patients showed an accumulation of some of these organelles, which was further restored in genetically modified cells. The results of this research open the door to new studies on the efficacy and safety of this therapy in animals.

There is a medical book on congenital muscular dystrophies available in our virtual library.

Explainer video of the study: https://youtu.be/AeEl35pw7Pw

Are you affected by congenital muscular dystrophy?