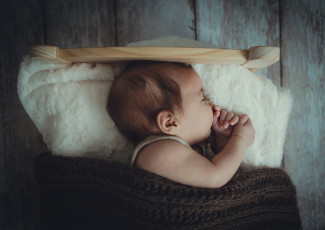 Diagnosing gliomatosis cerebri (GC) is definitely one of the most important challenges the scientific community has to face regarding this pathology. GC is known to be a diffuse and extensive infiltration of glioma cells across multiple contiguous lobes of the brain. Because of this, it is very complicated to biopsy.

What is a biopsy?

A biopsy is an extraction of little samples of tissue that are to be checked under the microscope by pathologists. Tumors are biopsied in their origin, to assure that tumor cells are examined by the pathologist; this is also known as the primary tumor – where all the process started. The thing about GC is that normally, at the time that it is detected, the progression has already been of great significance and its characteristic diffuse pattern makes it very complicated to detect the primary tumor location using imaging. A biopsy can be very risky in these patients because it involves opening up the skull to access the nervous tissue and as we do not know where the primary tumor is, the biopsy may not have enough quality to obtain the necessary information. Pros and cons must be carefully evaluated before proceeding with the biopsy. If the biopsy is appropriate and sent to the pathologist, the diagnosis of GC can be certain: it is the only way to be 100% sure about the presence of the disease.

As mentioned, imaging is vital in the diagnosing process of gliomatosis cerebri. Magnetic resonance imaging (MRI) and computed tomography (CT) scan are the main radiological tests carried out in this disease. A dye or contrast may be injected into the patients’ bloodstream (via a vein in the arm) so it stains tumor cells, making it easier for the radiologist to distinguish between normal brain and cancerous tissue.

All this diagnostic process starts because clinicians suspect something is going wrong. This suspicion arises after the physical and neurological exploration of the patient, that is why this first step is so important, and experience plays an important role to detect that something is not right.

Are you affected by gliomatosis cerebri?

GC can be manifested by a defect in the vision, hearing, balance, coordination, strength or reflexes of the patient… As it can affect any and multiple lobes of the brain, it has a great versatility of appearances. Manifestations may be more subtle and the pathology can be missed by the doctor: it is commonly not detected. This is one of the main reasons why the average time to diagnose GC is so long and why patients attend more than one health centre.

GC is never the first concern of these symptoms, because of its rareness; it is after the imaging that clinicians may think about this disease. A correct differential diagnosis is important. Besides, it has similar symptoms and cellular distribution to multiform glioblastoma grade III or IV, so it is often confused and frequently misdiagnosed. It is also confused with other pathologies like diffuse cerebral lymphoma or encephalomyelitis.

Treating gliomatosis cerebri is the following step after diagnosis, which is already a great accomplishment. It is important to know that there is no standard treatment for GC; each case is way too different to establish a standard therapy and, also, there are very few cases. Each case varies in its extension, location of the tumour, child’s age, and goals of care.

Chemotherapy is very toxic and aggressive for the brain, so clinicians should be cautious about their use, especially knowing that the results up to now have been very scarce (insignificant) with a very mild increase of the overall survival.  New chemotherapy drugs are being tested and new ways of delivery are being investigated, with some improvements. For example, Temozolomide has shown lower toxicity and an improvement in quality of life in GC patients.

This therapy uses high-energy-x-rays or other type of radiation to kill cancer cells or inhibit them from dividing to stop progression, but it has many side effects. These depend on the type of radiation and the amount and they commonly include fatigue, headaches and scalp irritation among others. In the long run, neurocognitive impairment is the most important consequence in radiation, especially in children. Radiation therapy in children has to be analysed individually for each case evaluating the risk/benefit balance.

Gliomatosis cerebri is an ultra-rare disease difficult to diagnose because of its physiology and the scarce data we have about its etiology and development. Also, currently there are no effective treatments. In this context, Share4Rare reveals as a great tool to help boost research in gliomatosis, as it will keep you in touch with other people like you and the number of patients donating clinical data may rise. Join the global community of rare disease patients and help us change the world!