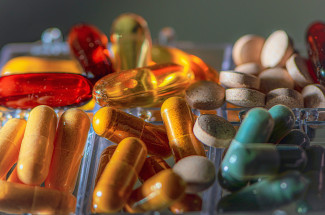 Research in the field of drug development is often focused on the discovery of biomarkers, since they allow us to know if our drug is working or not. In this article, we explain what biomarkers are and highlight their role in the design of new treatments.

A biological marker or biomarker is a molecule or parameter that can measure a state of health or disease. It can be used to detect a disease, a physiological change, a response to a treatment or a mental disorder. For example, glucose levels are used as a biomarker to monitor diabetes, and brain MRIs can provide information about the progression of multiple sclerosis.

Biomarkers are used in many scientific fields and also in different phases of drug development. Since the precision of biomarkers may vary, not all of them are suitable for drug development, that is, to measure their efficacy and effectiveness.

Biomarkers can be used to measure:

Some examples of biomarkers are:

Objectives of the use of biomarkers

The two main objectives of the use of biomarkers in the field of drug development are the following:

The purpose of clinical trials is to measure how patients respond to a treatment. If it is not possible to measure this response directly, biomarkers may be an alternative method of measuring an outcome (using surrogate endpoints).

A clear example of the use of a biomarker as a surrogate endpoint is the development of antiretrovirals for the treatment of HIV infection. Previously, studies were based on objective endpoints, such as progression of HIV infection or patient survival. Currently, changes in certain cells (eg, CD4 T helper cell concentration) and changes in plasma virus RNA concentration can be used as surrogate endpoints.

Research in the field of biomarkers is helping to improve prediction of the risk of developing a disease, the evolution of the disease and response to drugs. This will allow to make safer and more effective decisions when it comes to treatment.