Interview to Daniela Robles-Espinoza, researcher and expert in acral melanoma 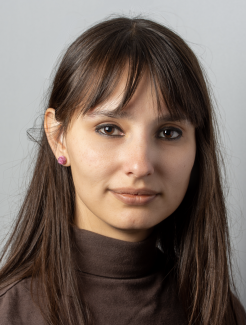 Our colleagues from Melanoma Patient Network Europe recently spoke to Mexican researcher Daniela Robles-Espinoza about the latest findings in this rare type of cutaneous melanoma.

Dr. Daniela Robles-Espinoza, from International Laboratory for Human Genome Research (LIIGH) on the National Autonomous University of Mexico (UNAM), is an expert in acral melanoma, a very rare form of melanoma.

Introduction and background about acral melanoma

Daniela, thank you for taking the time for this interview. Could you tell us something about yourself and your research?

Thank you so much for the invitation to be in the Share4Rare blog! My name is Daniela Robles-Espinoza and I lead the Cancer Genetics and Bioinformatics Group at LIIGH-UNAM, in the city of Queretaro, Mexico. I trained as a genome scientist at UNAM in Cuernavaca, Mexico — UNAM is one of the largest universities in the world so it has many locations throughout the country —. After a couple of research internships focused on various aspects of cancer research, I started my PhD at the University of Cambridge in the UK, where I focused on studying genetic predisposition to cutaneous melanoma. I am a bioinformatician, which means that my approach is to analyse large amounts of data, which usually are whole genomes or exomes — exomes refer to the fraction of the genome that encodes proteins, so about 2% of the total —. Analysing these data means trying to identify, among the thousands of genetic variants present in people’s genomes, which ones may be candidates for increasing cancer risk. For this project, we studied the exomes of people from more than 100 melanoma-prone families, and we were able to identify genetic variants in a gene called POT1 that seems to underlie the cancer risk of some of these patients (1). Interestingly, this gene has more recently been found as a high risk factor for developing other types of cancer, such as leukaemia, lymphoma, glioma and angiosarcoma.

Are you affected by acral melanoma?

During my postdoctoral studies, which I also did at the Wellcome Sanger Institute in Cambridge, I studied somatic mutations in melanoma tumours (that is, changes that are acquired during cancer evolution). Here, we identified that a higher burden of somatic mutations in melanomas is associated with genetic variants in the MC1R gene, which is sometimes referred to as the “red hair gene” (2). It has been known for a long time that red-haired people are at a higher risk of skin cancer due to differences in the biological process that produces melanin, which can absorb the most damaging fraction of UV. However, we also identified a higher number of other mutations not usually associated with UV, and allowed us to quantify this DNA damage. This was a great educational period during my formation, and I am very thankful to the patients, funders, scientists and collaborators that allowed us to undertake these projects. I believe we learnt something valuable from both.

How did you get interested in acral melanoma in particular?

After my postdoctoral work I returned to my home country, Mexico, to lead a research group and my main interest was melanoma as I had become intrigued by the disease. However, when I arrived I talked to a number of other scientists and some medical doctors and it became clear that it was the acral lentiginous subtype of the disease (ALM) the one that was more common in Mexico and other countries in Latin America, Africa and Asia — this does not mean that ALM has a higher incidence in these places, it just means that as a proportion of the total number of cases it is more common than other subtypes —. Additionally, there was not as much research available on ALM as it has been published on other cutaneous subtypes. These were really the factors that motivated me to focus on trying to identify the genes fueling disease evolution, as well as studying the associated immune landscape and genetic variants that may increase ALM risk.

What are the latest learnings about acral melanoma patients should be aware about?

ALM is an intriguing disease. For starters, we are still trying to identify causal factors. There is evidence for a link between mechanical stress in the palms and soles and ALM (e.g. previous wounds) but it is not conclusive yet as no mechanism has been identified. There is some evidence suggesting that some weak genetic factors may also increase risk, but this has not been sufficiently studied either. Then, we are also trying to identify the important genes in the evolution of this disease, as these may give us clues to, on the long term, formulate potential therapeutic strategies. The majority of ALM tumours seem to fall in what is called the ‘triple wild type’ genomic category of melanomas (the others being BRAF-mutated, RAS-mutated and NF1-mutated) and their genomes are very highly rearranged, much more than those of these other categories. This means that the processes fueling tumour growth are also mostly unknown, but some important genes have been identified such as KIT and CDK4/CCND1.

Immunotherapy seems to be one of the best treatment options that ALM patients have, and it seems to be as effective for them as it is for cutaneous melanoma patients — at least according to some novel, albeit small cohort data —. However, researchers are still investigating the reasons why these two tumour types seem to respond similarly given that their genomes are really quite different. Other treatment possibilities are being investigated by us and others through the use of cell lines and patient-derived xenografts — also called PDX models —, which aim to recreate tumour evolution in an animal model and identify drugs that may be useful to treat them. These experiments can then be used to try to find biomarkers, which would be informative about which tumours may respond better to those drugs. We and others are working non-stop to try and advance our knowledge regarding these aspects of the disease, and we surely hope that soon we can show you our findings!

Thank you for your time, Daniela and we wish you and your research group all success!

Thank you so much for the invitation, it was my pleasure.