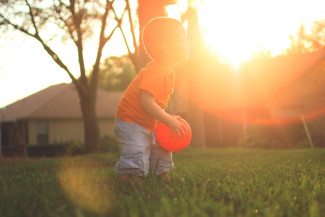 Description of the natural history of vasculopathies

See the study
The PI3K related overgrowth syndrome, also known as PROS, can lead to a group of rare diseases leading to dramatic overgrowth of many different parts of the body. Here we explain why cells grow uncontrollably in these conditions.

Cells replicate obeying to extra and intracellular signaling pathways. External signaling includes stimuli from hormones, inflammatory factors or other external influences that can alter the cells functions. These stimuli tell the cell how to behave, what genes to transcribe, what proteins to secrete and an infinite number of other things that are currently being studied by researchers around the world.

Internal signaling mechanisms are activated in response to the external stimuli, and are basically a chain of reactions that involve certain proteins and normally end up inhibiting or activating transcription factors in our genome, so the cell activates or inhibits the synthesis of proteins and its functions.

A very simple example would be the activation for cell death, also known as apoptosis. Under stressful situations, when the cell has no oxygen, or when the cell detects it has many incorrect copies on its DNA, cells induce their own death. This process is executed through signaling pathways.

Are you affected by PI3K related overgrowth syndrome?

Inside these pathways (hundreds of them have been described) certain proteins act as checkpoints – points where the pathway can stop or continue. These proteins are relevant for the PI3K related overgrowth syndrome (PROS) and Proteus syndrome.

PI3K is the short abbreviation to the complicated molecule name of phosphoinositide 3-kinase (PI3K), one of the key molecules in the AKT signaling pathway. This pathway cannot work without this enzyme.

AKT, also known as protein kinase B (PKB), is another key molecule in the intracellular signaling of this pathway. It gets activated by its phosphorylation, and if the pathway works correctly, AKT gets activated after PI3K.

It is very useful to know how these two molecules work and interact to understand why children develop some vascular tumors. Mutations in the genes that are responsible for the synthesis of these two proteins (or enzymes), are the answer to the question: why does my child have a tumor in his vascular system?

PTEN is the last step of this process and it is widespread throughout the body because of its importance as a tumor suppressor gene. PTEN converts PIP3 into PIP2 inhibiting the signaling of AKT, meaning that it counteracts the signaling effect of AKT, stopping cell proliferation and growth. A mutation of the PTEN gene leads to malfunctioning and consequently, loss of control over the cell cycle. This is when tumors appear. Many tumors show mutations in the PTEN gene.

As its name indicates, PROS is a group of entities or diseases that share the characteristic mutation in PI3K in the PI3K/AKT pathway, leading to overgrowth or a tumor. At the time of managing vascular anomalies, the ultimate goal is to keep morbidity and mortality low, functionality as high as possible and an aesthetic outcome as close as possible to normal.

Many diseases are included inside PROS, such as diffuse capillary malformation with overgrowth (MCAP), macrodactyly, CLOVES, fibroadipose overgrowth (FAO) and other rare syndromes. In all of them we can see in some shape, size or form the overgrowth or corporal structures compromising life of the patient most times.

PI3K related overgrowth syndrome (PROS) is a group of congenital rare conditions that lead to an overgrowth of diverse body tissues that ultimately cause tumors. These tumors often put in danger the lives of the patients. Little is known about the genetic origin of mutations causing PROS and it is still hard to implement effective treatments. Will you join Share4Rare to help us build a solid community of PROS patients? We need you to generate scientific knowledge and improve people’s lives!